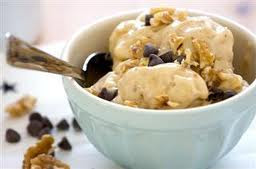 Why go to an ice cream shop when you can make your own healthy and all natural ice cream? With this simple recipe, you and your kids can enjoy homemade ice cream anytime. It makes a great snack, or a special treat! It is not only delicious, but is also loaded with fiber and omegas from the bananas and nut butter.

Directions:
1. Put bananas, almond butter, and almond milk and vanilla in the blender.
2. Blend on low, stopping to stir occasionally.
3. Remove and top with chocolate chips, nuts or other ice cream toppings you enjoy!

Almond milk is a non-dairy milk substitute drink made from ground up almonds mixed with water.  Unlike regular milk, it contains no cholesterol or lactose and is sweet in taste. It has different nutritional elements as well, with hight quantities of vitamin E, manganese, magnesium, phosphorous, potassium, selenium, iron, fiber, zinc and calcium. Almond milk is also low in fat and calories, at only 40 calories per eight ounce serving.

Bananas are one of the most popular fruits, especially for kids. Children love their  sweet flavor and texture. Bananas are high in potassium and contain moderate amounts of Vitamin C and Vitamin B. Consumption of bananas has been shown to reduce the risk of certain cancers as well as regulate dopamine levels, which play a crucial role in mental and physical health.
Posted by Dawn Lerman/Aka The Snacking Mama at 8:42 PM 9 comments:

The Healthiest Pumpkin Pie on Earth 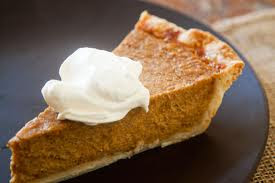 Everyone has a favorite Thanksgiving dessert, and pumpkin pie is mine. This recipe is so delicious and healthy, that you will want to eat it all year round. I even made it for my daughter’s birthday party in June, because her teachers asked if we could celebrate in the morning, and I thought this would be the perfect alternative to sugary cupcakes. This pie is loaded with super foods that provide protein as well as vitamin C, potassium, fiber, manganese, folate and omega 3 fatty acids.

Directions
1. Preheat the oven to 425 degrees.
2. Combine all of the ingredients into a vita mix or blender. Blend.
3. Pour the resulting mixture into the piecrust that has been defrosted.
4. Bake for 15 minutes.
5. Reduce temperature to 350 degrees and bake for 40-50 minutes, or until knife inserted near center comes out clean.
6. Cool on wire rack for 2 hours. Serve or refrigerate.

Pumpkin Power!
Pumpkin is celebrated for its unusually high level of beta-carotene, the form of vitamin A found in plant food. In fact, a one cup serving of pumpkin or other winter squash (such as butterneck, acorn, kobacha, hubbard, etc.) has almost 146 percent of a child’s daily requirement for vitamin A. Pumpkin also boosts vitamin C, potassium, fiber, manganese, folate, omega 3 fatty acids, thiamin, copper, tryptophan and B-complex vitamins.


Wheat Germ
Wheat germ is considered a nutritionally dense food because it is loaded with important nutrients. It is a great source of fiber, which promotes healthy digestion and regularity. Wheat germ contains vitamin E and an abundance of B vitamins, which promotes healthy hair, bones, and skin. Wheat germ is a great alternative to traditional ice cream sprinkles and other toppings because it provides texture in addition to beneficial nutrients without the unwanted refined sugar and unhealthy additives. If your kids love to use sprinkles to decorate their food, have them top their yogurt or ice cream with wheat germ for a nutritious treat!
Posted by Dawn Lerman/Aka The Snacking Mama at 7:23 PM 16 comments:

Email ThisBlogThis!Share to TwitterShare to FacebookShare to Pinterest
Labels: pumpkin pie, snackingoutside of the box, thanksgiving 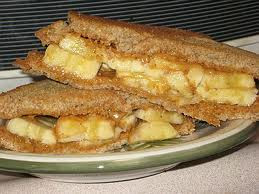 Who is Ezekiel?
Food for Life's Ezekiel bread, English muffins and bagels are popular products in the whole food community. They get their name from the biblical prophet Ezekiel, who declared in the Book of Ezekiel: "Take also unto thee wheat, and barley, and beans, and lentils, and millet, and spelt, and put them in one vessel and make bread of it." The bread that was eaten by Ezekiel for two years while he was exiled in the desert. It is claimed that the formula’s six grains and legumes, when sprouted and combined, create a protein similar to the protein found in milk and eggs.
Posted by Dawn Lerman/Aka The Snacking Mama at 9:47 AM 15 comments: 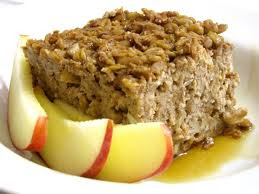 
This morning I made a batch of oatmeal for my kids, but we ended up behind schedule and did not get a chance to eat it before heading out the door. Once I had dropped them off at school, I decided to take the uneaten oats and combine them with some apples and a few of other basic ingredients, and voila! I created an easy oatmeal apple frittata. It turned into the perfect after school treat.

Directions:
1. Preheat oven to 350 degrees.
2. Cook oatmeal following package directions.
3. In a bowl, mix the oatmeal with the eggs, apple sauce, salt, cinnamon, apples and vanilla.
4. Pour into a baking dish and bake for 30 minutes.
5. After its done baking top with chopped walnuts, maple syrup, honey, and flax.

Magic Oats!
Oats are a great way to give your kids strength and energy throughout the day. They are loaded with fiber and taste delicious. Oats also are rich antioxidants that reduce bad cholesterol, they are also loaded with manganese, and B vitamins. If you are on a gluten-free diet, there are even gluten-free oats out there!
Posted by Dawn Lerman/Aka The Snacking Mama at 4:29 PM 10 comments: