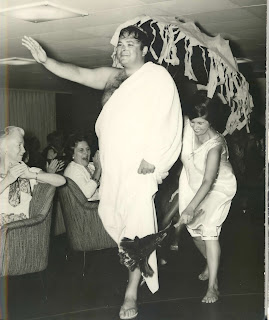 My dad was a master of one-liners. “You’ve Come Along way Baby,” Virginia Slims “Coke Is It,” “Fly the Friendly Skies of United” “Go for the Gusto” and “If You Don’t Have Schlitz You Don’t Have Beer. In a couple of words his iconic ads captured a generation. Quick, Snappy, Memorable, fun were his mantra’s. He was convinced the same principles should apply to dieting--often tipping the scale at 450 pounds.

“Quick, Fast, Easy.” So he embarked on Tape Worm Diet, The Elvis Diet, The Cabbage Soup Diet, The Rice Diet, Ayds Candy Diet. Whatever diet he was on—my whole family had to be on to support him. By nine years old I had tried them all—even praying beside him while he was convinced he found the answer in, I Prayed Myself Slim,” and supported him by consuming only apples, nothing else while he thought he found the miracle on the Israeli Army Diet—eating only one kind of food a day.

Each New Year, a new plan, a new resolution.

Many years later my dad is 210 pounds and vegan and I am a nutritionist and cooking teacher. In my new book, My Fat Dad: A Memoir of Food, Love, and Family, with Recipes, I share our crazy journey, along with my beloved grandmother’s recipes cards which saved my life – spoonful by spoonful.

And as a nutritionist I encourage lasting solutions, not unrealistic resolutions.

Posted by Dawn Lerman/Aka The Snacking Mama at 4:41 PM 10 comments:

My memoir is currently on pre order on Amazon. The pub date is September 2015. I would love your support. It is my story of how and why I am so passionate about nutrition and creating healthy recipes. Please feel free to connect with me on my author page.


Look forward to connecting with you! 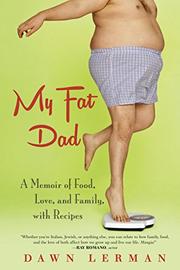 A Memoir of Food, Love, and Family, with Recipes
by Dawn Lerman
BUY NOW FROM
AMAZONBARNES & NOBLELOCAL BOOKSELLER
GET WEEKLY BOOK RECOMMENDATIONS:

Nutrition expert and New York Times Well Blog contributor Lerman pens an intimate memoir about the intersections of intense family relationships and food, dieting, and healthy eating.
As a child, the author’s relationships with her overweight father and distant mother were difficult. Eventually, she realized that her father’s ravenous appetite—he often consumed 8,000 calories per day—was a disease he couldn’t control. Lerman’s mother, a frustrated actress, had no desire to be saddled with housewifely tasks. The author’s grandmother Beauty, however, showered her with love and attention and lots of home-cooked meals. “In her arms,” writes Lerman, “I was never hungry for food, love, or affection. She was my mentor and my savior—saving my life, spoonful by spoonful.” The author tracks her emotional and culinary life as the family moved from Chicago to New York as well as the transition in her relationship with her father when her younger sister’s burgeoning acting career took off. Lerman also chronicles her parents’ divorce, her teenage years, and her father’s bout with cancer. Always entranced by health-food stores, the author began developing a healthy eating regime for her father, who, always trying one extreme diet after another, was fighting for his health. He eliminated dairy, meat, alcohol, and caffeine, and he began making “anti-cancer soup with shiitake, portabella and maitake mushrooms.” He also stocked up on fresh vegetables, blue-green algae, and fermented foods. Throughout the book, Lerman links food to physical and emotional well-being—e.g., a meal of white fish and steamed leeks topped with lemon slices was “calming and almost euphoric.” During an encounter with a guest who offered Lerman a piece of macrobiotic apple pie while espousing a vegetarian lifestyle, the author’s mind opened up to new ways of living and eating, and she relates them smoothly to readers.
Laced with love, family dramas, recipes, and the pangs of growing up, Lerman’s memoir is a satisfying treat.
Posted by Dawn Lerman/Aka The Snacking Mama at 2:21 PM 9 comments: 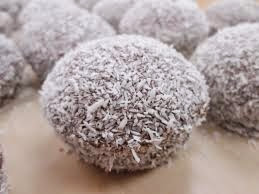